Maryland’s Wine Regions on the Rise 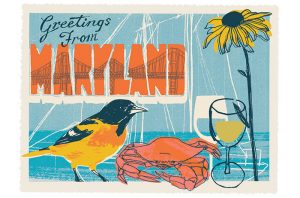 Mike Fiore was quoted in the May 2017 Issue of Wine Spectator Maryland wine is featured in an article by Dave Mcintyre. An excerpt from the article follows.

“Maryland’s impact on the history of U.S. viticulture exceeds its reputation for fine wine. In the 1940s, Philip Wagner popularized French-American hybrid grape varieties hearty enough to withstand the humid, rainy East Coast climate. That sparked the growth of viticulture along the Eastern Seaboard until later winemakers figured out how to grow European Vitis vinifera varieties, like Cabernet Sauvignon and Chardonnay…”